Original post by Steve Inskeep and the actual interview can be found here: https://www.npr.org/2018/03/12/591732716/in-junot-diazs-islandborn-a-curious-child-recreates-her-dominican-roots
Junot Díaz wanted to write a children’s book for more than 20 years. In the meantime, he wrote several grown-up books, including The Brief Wondrous Life Of Oscar Wao, which won a Pulitzer Prize in 2008. He also won a MacArthur “Genius” Grant, among other accolades.

Now he has finished that children’s book. Islandborn is about a curious, Afro-Caribbean girl named Lola.

“She is an immigrant who came over so young, she has no memories of the land that she left behind,” Díaz says. “And of course she is surrounded by a community that talks endlessly about the island.” 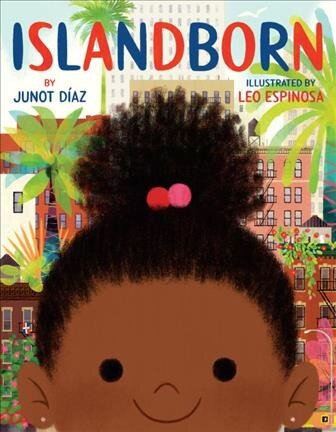 by Junot Díaz and Leo Espinosa

She’s about 6 years old, the age Díaz was when he and his family fled to the U.S. from the Dominican Republic, which was torn apart by the dictatorship of Rafael Trujillo. Islandborn, illustrated by Leo Espinosa, follows Lola’s quest to find out about the mysterious nation.

A teacher, you know, Ms. Obi, challenges them to draw a picture of their first home because Lola is in a school called “the school of faraway places,” and all the children in her school are immigrants. But Lola, of course, doesn’t have any memories. And so she and her teacher start devising a way that she be able to find a way to draw a picture by talking to and reaching out to the people around her who do remember.

On how she begins to reconstruct the island

Well, she gets into dialogue. I think what’s interesting is that the — often the questions of young people, you know, in some ways, they create an invitation for older people who have spent a lot of time sustaining certain kinds of silences. You know, if you’re in a family that has silences, a young person can sort of zero in on them and say, “Hey. Whatever happened to X?” Or “What is Y about?” She, in her very innocent and curious and energetic way, creates an opportunity for the community to have a reckoning with some of the history which it’s attempting to distance or disavow. 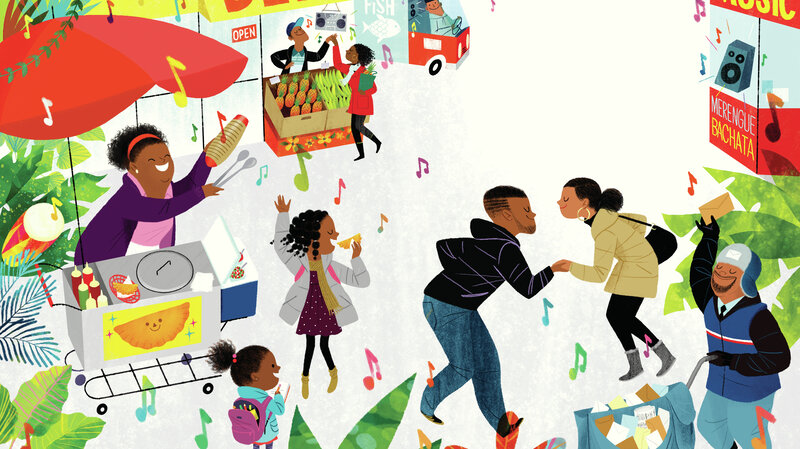 Mrs. Bernard, who sells Lola empanadas after school, says the thing she remembers most about “the Island” is the music.

On how older people explain Trujillo’s dictatorship to her

Well, you know, one thing is sure is that there’s a number of tactics. You have some folks trying to discourage her, other folks trying to shut the door, but her persistence wins the day. And eventually someone sits down with her — Mr. Mir — and explains to her in highly metaphorical language, but I think [in] more honest and some ways more impactful than if he’d given her just a clinical description of it.

On describing Trujillo as a “monster” and the line “That’s why we’re all here.”

When we look at the discourses around immigration, it’s always this deficit model: “We didn’t have anything at home” or “We had less at home, and so we came here for more opportunities.” OK, that’s very, very comforting. There’s also the fact a lot of people come because political realities have uprooted them, have driven them from their homes. 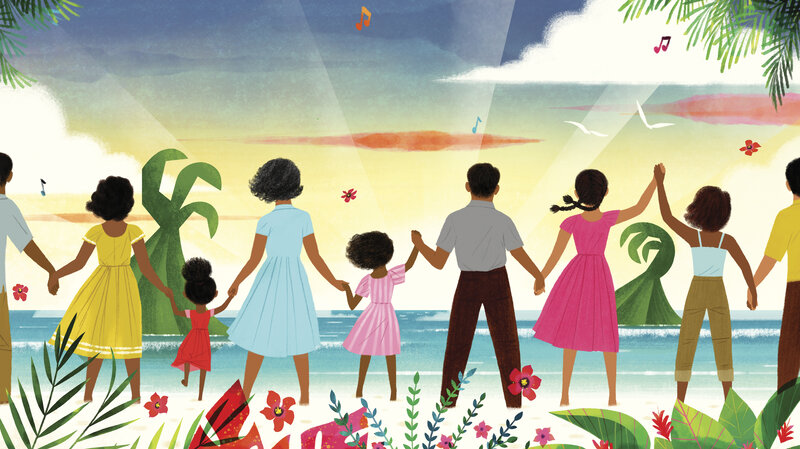 I think he’s like most authoritarian, near-totalitarian dictators. There was no safety for people or families. Today, you could be walking down the street, and somebody who had Trujillo’s ear would want your house, and the next thing you know, you would be out of it. There was constant murder, constant torture. This was also a racial dictatorship, a violently Jim Crow-type dictatorship where people of dark skin, their lives were made much more difficult than the light-skinned people. It was a very bad period.

I would argue that young people are far more sophisticated than any adult gives them credit for. Adults are always imagining children to be less sophisticated than they really are. Lola, I think, is sophisticated. I think, as we see in the book, that she’s taken Mr. Mir’s story about this political monstrosity that’s seized her island to heart. It allows her, in some ways, to connect to her family more deeply and to herself, and ultimately leaves her far more — at least in my mind — leaves her in a better place than she was when she started.

Catherine Whelan and Jessica Smith produced and edited this interview for broadcast. Sydnee Monday adapted it for the Web.

One thought on “In Junot Diaz’s ‘Islandborn,’ A Curious Child Re-Creates Her Dominican Roots”